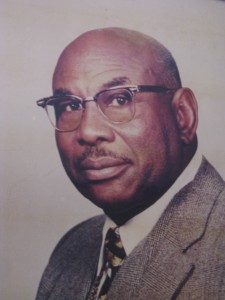 After serving in Yakima for thirteen years, he moved his family to Seattle where he founded The Lighthouse Temple Church of God In Christ located, 806 20th Ave, Seattle, WA 98122, where he was pastor until his death in February 2008.

In 1967, he was appointed by the late Bishop T. J. Kinlow as District Superintendent of District Number One.

He was one of the first superintendents in the State of Washington Church of God In Christ.