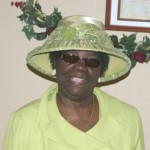 Mother Frances Johnson
No Auxiliary of the Women's Department has done more in keeping the church together than the Prayer and Bible Band. It is the oldest auxiliary of the department and one of the favorites of our Late Mother Lizzie Robinson.

The purpose of the Prayer and Bible Band is to train women to know their Bibles that they may become acquainted with the Word of God and help to lead others to right and righteousness. The principal objective is that Christ be in the heat1s of God's creation, His people and that our testimonies and attitudes will always be Christ honoring. 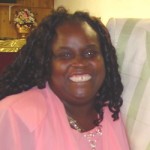 Missionary Gloria Durant
The Women's Home and Foreign Mission Band is also one for the original bands organized by the late Mother Lizzie Robinson. It is an integral part of the Department of Women. Its accomplishments have been many, but we have barely touched the surface of the needs of our fellow sisters and brothers at home or abroad. 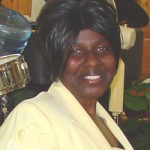 Missionary Diane Coleman
The hospitality committee is a group organized in behalf of the women’s department to show kindness in entertaining strangers, visitors and special guests. This committee is of vital importance in the local church, the district, state and national. There major functions locally are during special programs such as church and pastoral anniversaries. To service the church, such as, cleaning and cooking and the domestics of the church and it's members, usually it's created for the fact of the need of the church.

There major functions locally are during special programs such as church and pastoral anniversaries. To service the church, such as, cleaning and cooking and the domestics of the church and it's members, usually it's created for the fact of the need of the church. 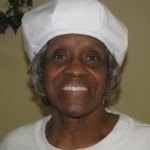 Mother Doris Stevens, Prayer Line Chairperson/Prayer Warrior
The Prayer Warriors Units are saints (women & men) who are dedicated to fasting and prayer with great compassion and love for the Church and a burden for souls. Prayer warriors under gird those in leadership positions, for the body of Christ and for mankind everywhere.

Prayer Warriors must have faith to believe that God answers prayer. He/she must be humble, peaceful, merciful and understanding. They also take charge of the devotional services and they preface National and Jurisdictional Meetings with prayer, fasting and consecration. 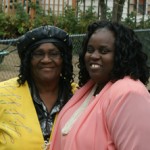 Mother Ruth Jefferson, Chairperson
Missionary Gloria Durant, Co-chair
The usher board consist of women who have so organized and themselves dictated as an usher unit. This is one of the major units of our women1s work, for and usher plays the role of a silent evangelist. She gives and attendance of the service the first impression of the service. No matter how well the choir sings, or how inspiring the message, if an attendant has been insulted by an usher, it unfits him for the worship service.

Phone: 712-432-8399
Access Code: 837413
This ministry consists of a group of prayer warriors who fast and pray and have great love and passion for the church and a burden for souls. The prayer Warriors should live a consecrated life and be able to reach God at any time. They must be able to comfort those who are in need and strengthen the week. They must have faith to believe that God answers prayer. They must be humble, peaceful, Merciful and understanding.

The warriors conduct daily prayer line ministry from 7:00 a.m. – 12:00 p.m. as well as continual prayer services and shut in to pray for the week, the church, nations and rulers, and the many problems that confront the people of God.